The 2.0 version of the Aerospike Python client is a major release: it adds support for Python 3. Therefore, the client software is now compatible with Python versions 2.6, 2.7, 3.4 and 3.5. For those of you migrating your application from Python 2 to Python 3, there are a few key differences between the two versions to keep in mind as you work through porting the software to the next version.

This is one area that has changed pretty dramatically between Python 2 and 3. In most cases, you will need to modify code that uses Unicode, encodings or binary data in order to fit into the Python 3 model. Python 3 will not allow mixing text and data, which can help avoid bugs having to do with encoded vs. unencoded text.

This section of the python.org site addresses the string differences between the two major versions with the following list of recommendations:

In Python 3, all division between int values will result in a float, whereas Python 2 did floor division. The // operator can be used to perform floor division in Python 3. You can use

in your Python 2 code to get the Python 3 behavior. This can help detect errors where floor division is assumed.

Python 2 has both a range() function as well as xrange(). The use of xrange() is very popular in Python 2 code as there is an optimized implementation in CPython which is substantially faster than range(). Both functions have the same functionality and syntax.

The print statement has been replaced with a print() function; thus, it now requires parentheses around the object(s) to be printed.

The syntax for raising and handling exceptions has changed between the two versions.

Where to get more information

Some tools/resources that may aid in the migration of your project to Python 3 are listed below:

As always, we need your help and input to continue to improve and enhance your experience on Aerospike. Feel free to contribute your feedback, ideas and questions to our user forum, file Github issues or create a pull request for the next great feature you’d like to contribute to the Aerospike user community! 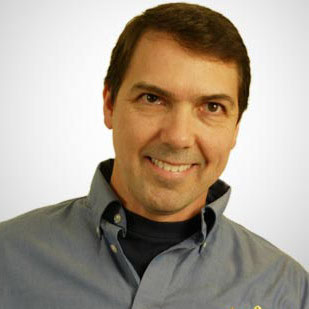 All posts by this author
Jeff Boone is the Director of Ecosystem Engineering at Aerospike. His engineering team is responsible for all ecosystem software products to support the Aerospike NoSQL database (clients, connectors, tools and cloud integration).
< Previous Post
Next Post >