How InMobi took the lead in Mobile Ad Tech

Mohit Saxena, co-founder and VP of Technology, InMobi, [formerly mKhoj], had a vision and recognized early on the explosion the mobile domain was going to go through. This gave birth to mKhoj — a search-based mobile platform. During its short run of about seven months, Mohit realized that the product was ahead of its time and that their business model needed to change.

This lead to reengineering efforts and the end result was what InMobi is today — the world’s largest independent mobile ad network. InMobi’s initial infrastructure was built with the expectation of a maximum of 100K requests per day. Little did they know the requests generated by just two customers crashed their server. The point being – they had built something for which the market was hungry and ready. Soon thereafter they put a lot of thought and effort into refactoring their infrastructure which now spans across data centers in four continents and handles internet scale load — up to 125K requests per second.

In advertising, the three components that matter the most are:

1. The amount of information you have for any given user
2. What additional information can be inferred to enrich the user experience
3. Auction/Bidding

To put the significance of high throughput and low latency into perspective, for every request that comes in, the processing needs to occur within 20 milliseconds. Otherwise, the business opportunity is lost. To facilitate this level of Service Level Agreement (SLA) and real-time processing of information, InMobi found Aerospike to be the best option compared to other alternatives that were explored.

This is extremely important for fast growing companies where there are many things that need your immediate attention but you know your stack includes certain technologies that don’t need babysitting.

Today InMobi generates 50 terabytes of data everyday which is processed by a petabyte of active cluster. According to Mohit, “these numbers are expected to triple in a year.” InMobi in one of the most successful companies in mobile AdTech due to its technology stack, ability to quickly respond to changing market needs, and continuous refactoring. Mohit is also a big believer in open source technologies and recognizes that talent is global and feels the urge to give back. With the help of his team InMobi has contributed 3-4 pieces of technology back to the community. One of them is a complex data lifecycle management tool called Falcon that has been submitted to Apache Foundation.

“Aerospike was the only product that was solving three of our main requirements. Now, Aerospike has become a very big part of our whole stack and is something you can use out of the box that works.”
– Mohit Saxena, Co-founder and VP of Technology 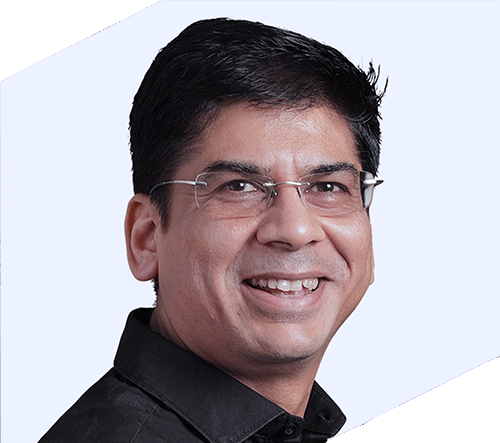 What Enterprises can Learn from AdTech

In this session from The Fifth Elephant 2014 , the speakers discuss data management strategies in AdTech and how a modern stack (consisting of a web application tier, a real-time front edge operational database, a hot analytics tier, a back-end tier consisting of legacy databases, and hdfs analytics systems), is being used by enterprises in retail, financial services and telecommunications to build compelling consumer experiences. You’ll also hear personal insights and lessons learned from founding, building and scaling their fast growing companies.