About a year ago, Aerospike published a “recipe” describing how a database can be tuned to deliver 1 M TPS on a $5k server. This year we applied many of the changes to Aerospike and doubled performance in YCSB tests. Here is a link to the independent benchmark study.

Here is how you can recreate these tests.

For more on the three design points we kept in mind and five bottlenecks we worked around to achieve this performance, read my other article “The Quest for Database Scale – the 1 M TPS”.

You can download Aerospike, get the updated YCSB test framework and can run this test yourself following the same instructions listed in Thumbtack’s paper. We used the same server hardware and loaded data into Aerospike using the “load” phase of the YCSB tool. Because only a single database node was used, we used a replication factor of 1 (unreplicated).

For each of the workloads, records were selected using a random Zipfian distribution. This distribution selects a small subset of popular records very frequently while the majority are hit infrequently with a roughly long tail. The system was preloaded with all the records before the tests are run.

The only difference from the original tests were the version of Aerospike used, the network was upgraded from 1 Gb to 10 Gb to eliminate network bottlenecks and tests were run with data in DRAM with added persistence using the ext4 file system.

We updated the open source YCSB test framework to support the latest version of Aerospike 3.x and published the tool on github (https://github.com/aerospike/ycsb). We repeated the tests that Thumbtack Technologies published in “Ultra-High Performance NoSQL Benchmark” and the results showed a 100% increase in performance. 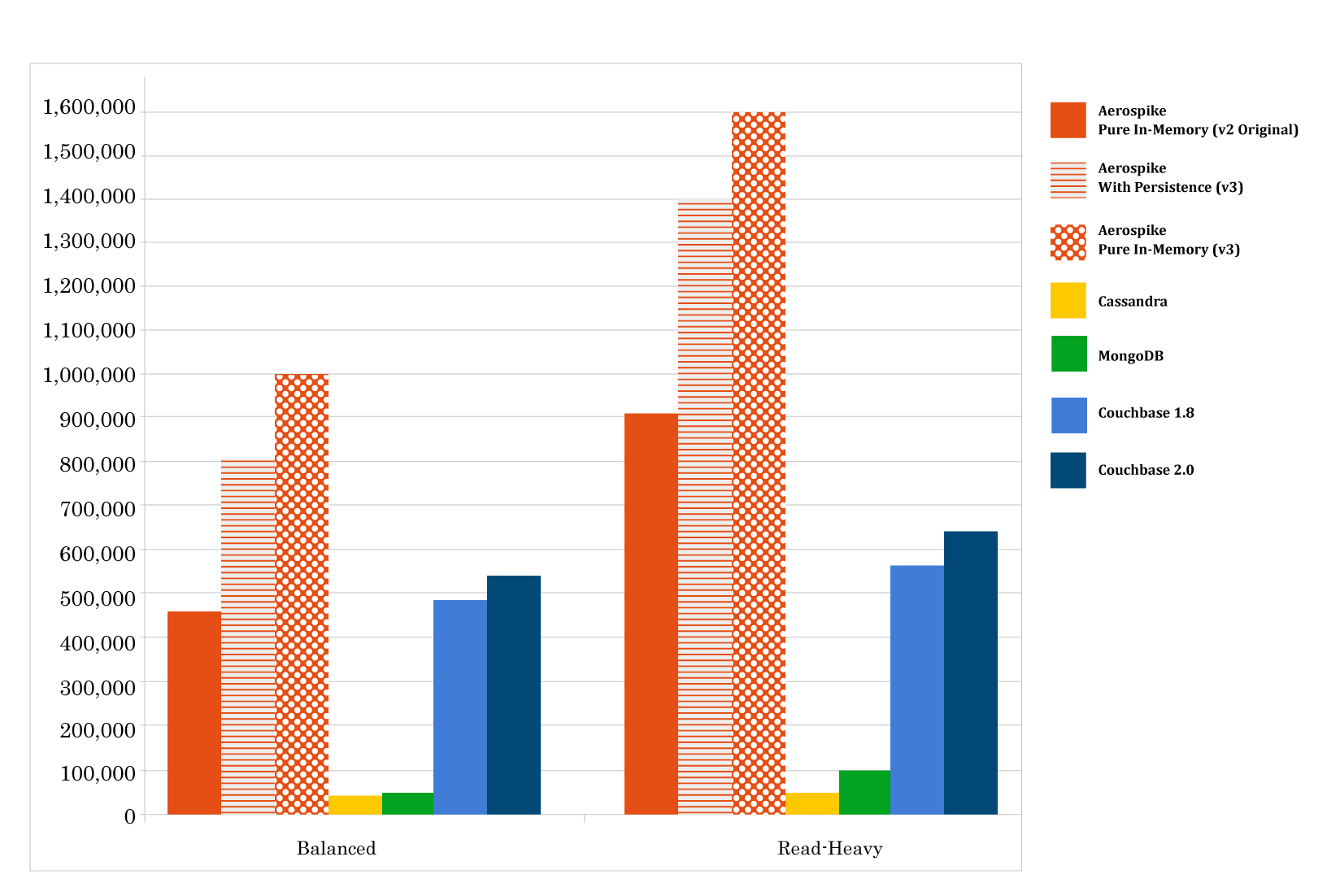