Aerospike Database Cross Datacenter Replication (XDR) provides dynamic, fine-grained control for the replication of data across geographically separate clusters. It can be used to build globally distributed applications, with low latency reads and writes at each data center, accessing the data that is meaningful to each region, while complying with data locality regulations.

The Aerospike XDR feature replicates data asynchronously between two or more clusters that are located at different, geographically distributed sites. A site can be a physical rack in a datacenter, an entire datacenter, an availability zone in a cloud region, or a cloud region. Each cluster can have its own dynamically defined list of destination clusters it should be shipping data to. This flexible configuration enables different deployment models.

Aerospike XDR has the ability to filter modified records from shipping to a destination using Expressions.

With XDR with Expressions, all writes to a local Aerospike cluster will ship to its defined destination clusters with fine-grained controls at the namespace, set, record and bin level.

Configuration options with and without load balancers:

In figure 1, the load balancer balances the traffic from the source cluster across multiple XDR proxy instances, while providing isolation from direct internet access. The advantage of this approach is that a single IP address needs to be exposed to the internet. 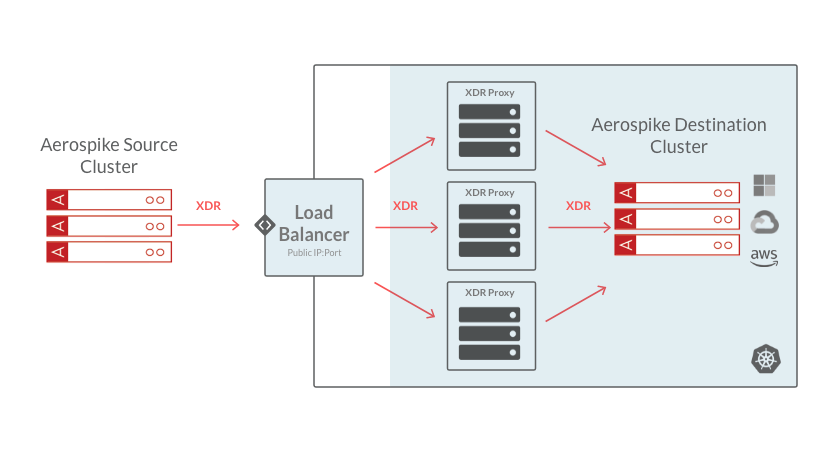 In figure 2, the traffic from the source cluster is routed to several instances of the XDR Proxy. Load balancing is done by Aerospike here. 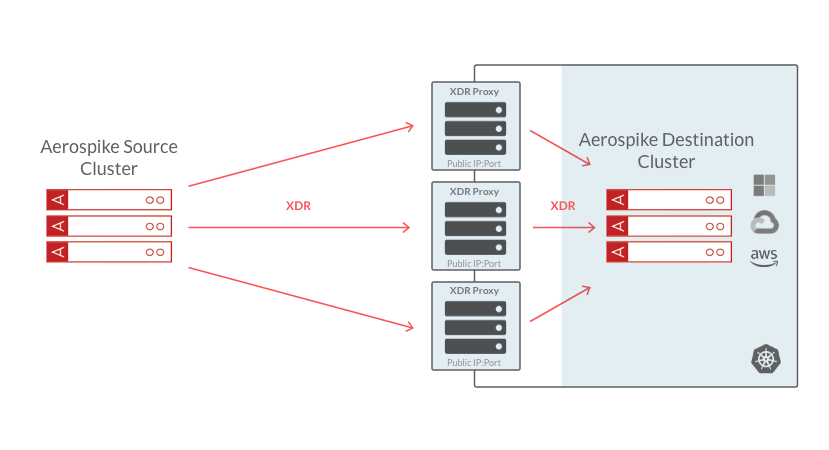